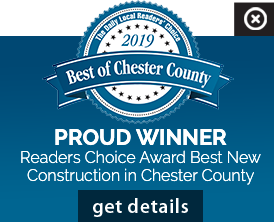 Kennett Square, long dubbed the “Mushroom Capital of the World” for the sprawling farm houses that surround it, actually grows no mushrooms. But in recent years, the town has capitalized on that designation and its southern Chester County location and transformed from a sleepy small town into what borough officials had long envisioned it could be.

The one-square-mile borough is chockablock with shops, restaurants, small businesses, and a bustling downtown. There are purveyors of art, furniture, clothing, coffee, books, toys, and tchotchkes. There are cafes, gastropubs, and restaurants, including the acclaimed Talula’s Table, whose seasonal farm-to-table tasting menu draws food lovers from across the country.
Taken together, those things led the travel website Culture Trip to label Kennett Square one of “the most beautiful towns” in Pennsylvania. It’s a bucolic getaway for day trips and weekend travelers, and it’s home to an increasing number of residents and businesses.

In just the past three years, the borough has welcomed 20 new businesses, including a brewery that is developing – wait for it – mushroom beer. Borough officials have encouraged that development while surrounding Kennett Township has largely remained rural, said Mary Hutchins, executive director of Historic Kennett Square, a nonprofit that has long been the force behind the borough’s change. Nestled among miles of mushroom houses that produce fully half of the nation’s mushroom crop, Kennett Square stands out as something of a gem. And it’s been aiming to increase its profile for decades.

Genesis Healthcare, one of the nation’s largest care providers, helped perk up the borough’s main drag in the late 1990s when it established its headquarters downtown, Hutchins said. The headquarters, on State Street, was purposely built without an employee cafeteria in the hope that its workers would spend money at local restaurants.

In “fits and starts;’ Hutchins said, Kennett Square began to blossom. Visitors began making the trek to the borough. Part of the early lure was Talula’s Table, which in 2007 Inquirer food critic Craig LaBan credited with transforming a “far-flung agricultural hamlet into a must-stop destination.” By the following year, diners were vying for reservations that booked up to a year in advance for what LaBan called “one of the most coveted dining experiences in America.”

At the front of the restaurant is a market brimming with pastries, sandwiches, soups, salads, cheese, charcuterie, and locally sourced dinners-to-go.

“Every year, we do more business,” chef-owner Aimee Olexy said in a recent interview at the restaurant. “And in a place like this, your business is very reflective of the number of people that come in. It has to do with people moving here, but I think it’s people also being employed here, visiting here, day-tripping here.”

David Perrone, a now-retired lawyer and longtime Kennett Square resident, has watched development move in town with a skeptical eye.

“I have some doubts whether this is good or not;’ he said of the change, standing around the corner from a strip of storefronts offering boutique goods.” … It’s a sociological thing. It has to evolve on its own. So that’s what I think [ officials are] trying to do, and I’m not sure it’s going to work.”

His uncertainty, though, comes amid ever­expanding development and eager entrepreneurs.

“For small businesses, it’s becoming harder and harder because everyone wants a piece of the yummy pie that’s cooking here;’ she said.” … So that is a worry, as a small, young business:’

As commerce has grown, so, too, has housing. Tom Bentley, chief executive of Bentley Homes, has built four housing developments in the borough.

“It’s got the historic buildings and the brick sidewalks and the cool little alleys and stuff,
and a bunch of new restaurants;’ he said while at Walnut Walk, one of his Kennett Square housing developments featuring luxury, three-story townhouses. “The new housing just kind of adds to the whole thing, I think.”

But the town’s growth has put housing there out of reach for some. While the median income in the borough was $76,400 in 2017, according to the latest available census figures, about 10 percent of borough residents live in poverty. That is nearly three times Chester County’s poverty rate of 3.6 percent.

Some of those who struggle are workers on nearby mushroom farms or employees of area restaurants, said LeeAnn Riloff, director of development at La Comunidad Hispana, a Kennett Square non­profit that provides medical care and education programs to the borough’s Latino population. Roughly half of the town’s residents are Latino, census figures show. Nearly half of its residents are white, and 4 percent are African American.

Economic disparities can run along racial lines. ”A lot of the low-income Latinos in southern Chester County, they work at the mushroom farms, they work in the restaurant industry,
they work in landscaping … and the jobs are not particularly well-paying;’ Riloff said. “They sort of live on the fringes, and they’re not taking part in the gentrification, the affluence that Kennett Square is being known for.”

Instead, many Latino residents and workers shop and eat where they are largely among their own: a small duster of restaurants and corner shops along South Union Street, across from the borough’s high school that are predominantly owned and staffed by Spanish speakers.

“They would rather come here and shop here because they have everything they need to come here;’ said Eimee Garcia, 39, who helps run her uncle’s store on South Union Street that sells everything from fruit to clothing.

“It could be harder because of the pay that they [workers] receive;’ Garcia said. ”And we tend to save a lot of our money because of our family we have in other countries;’ adding that relatives in the United States often send money to relatives abroad.

At the same time, he said, “we want to see growth. It increases the tax base and revenue.”

Bill Steller, of Phillips Mushroom Farm just outside the borough, said affordable housing is a concern in Kennett Square and beyond. “It’s a well-recognized issue among local governing boards;’ he said. “The municipality and the employers are well-aware of the issue, but it’s a hard one to solve.”

Phillips, he said, offers dormitory-style barracks that house dozens of workers, a few each in a single room, offering laborers a cheaper place to live as housing prices steadily grew over the last 15 years.

Those accommodations stand in stark contrast to the sparkling new housing rising on the landscape less than half a mile away in booming Kennett Square.

Over the last several years, the borough has managed to marry old properties with new proprietors, tradition with invention. And as new businesses have seen success in the borough, that has mobilized other budding entrepreneurs, said Fetick, the mayor and a real estate agent.

One of the more-established business leaders in town is Tom Bentley, of Bentley Homes, who began to build in Kennett Square 12 years ago when the area was far from popular. Then something changed, he said. More people began to move outside of densely packed neigh­borhoods, with some looking to also downsize from big homes and more expensive suburbs.

In one of his new Kennett Square developments called Stonehouse, luxury carriage homes, now under construction, are expected to sell for prices starting around $450,000.

Students Get a Tour of Future Careers

Builders, hoping to get Kennett students interested in trades, collaborate with high school

Touch-A-Truck with Tom the Builder